The rescuers carried a small ginger kitten found in a storm drain to Greenslade Animal Hospital since he was in such bad shape.

Because doctors were unaware of any health difficulties he may have experienced as a result of the heavy rain, the kitten was placed in the isolation unit where he could heal and recover. 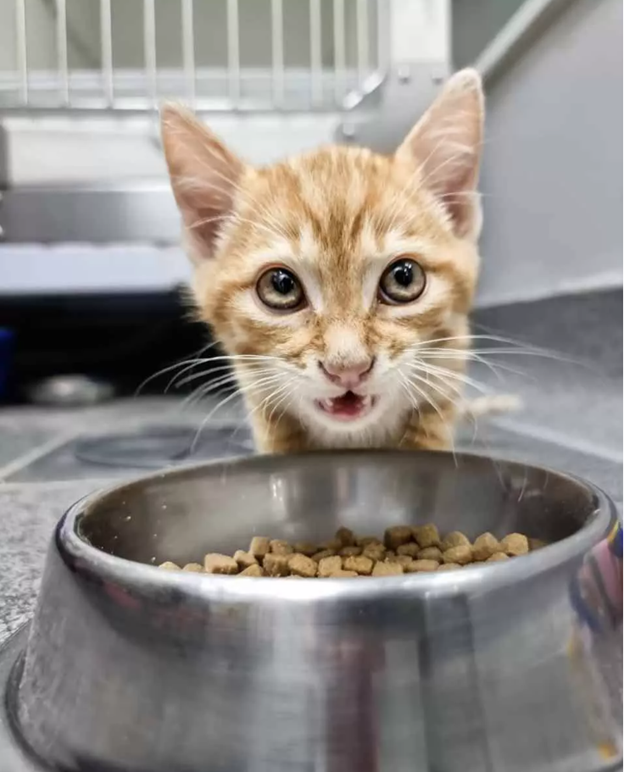 When he first arrived at Greenslade, they christened him Ginger Biscuit, and he was naturally anxious.

He was just approximately 8 to 10 weeks old at the time, and he wasn’t used to being around people. He must have been alone for a long time.

He was fortunately alone in the isolation ward, save for a stray dog named Anne. 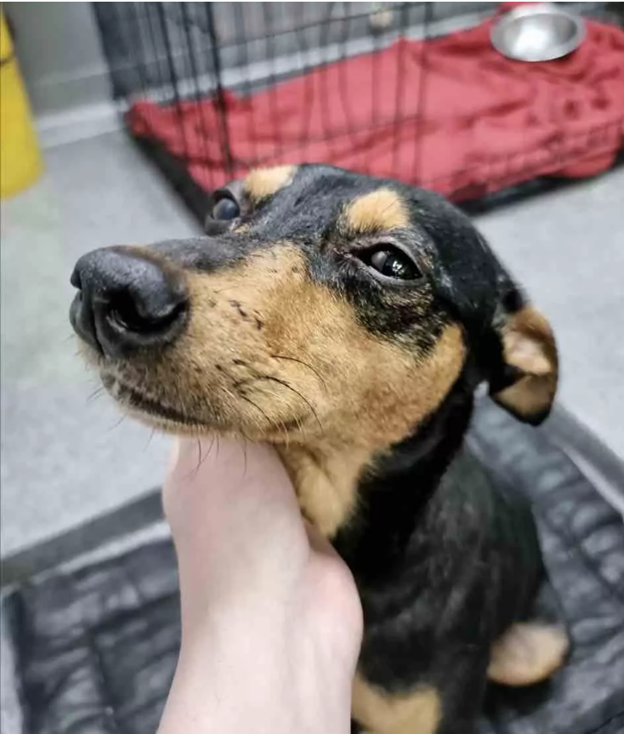 Anne was discovered hiding behind a bush, covered with fleas and ticks, and extremely frail when she arrived at the hospital.

The staff was doing everything they could to help her rehabilitate, and they thought the isolation ward would be beneficial.

The crates for Ginger and Anne were positioned at opposite sides of the room, making it impossible for them to come into contact with each other, or so everyone thought!

Ginger had gotten out of his box and the staff was puzzled as to where he had gone until they looked across at Anne’s crate and saw them cuddling up together. 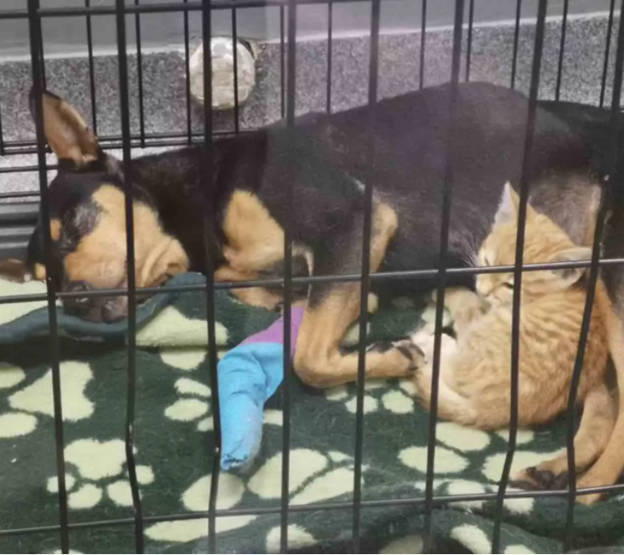 One of the staff members remarked, “We overestimated the kitten’s capacity to squirm itself through the entrance of the cage he was placed in.”

“We never considered the tiny dog a threat to the kitten because she was so fragile, but when we first saw them together, there was definitely a moment of panic, because some dogs don’t react well to cats and vice versa.” 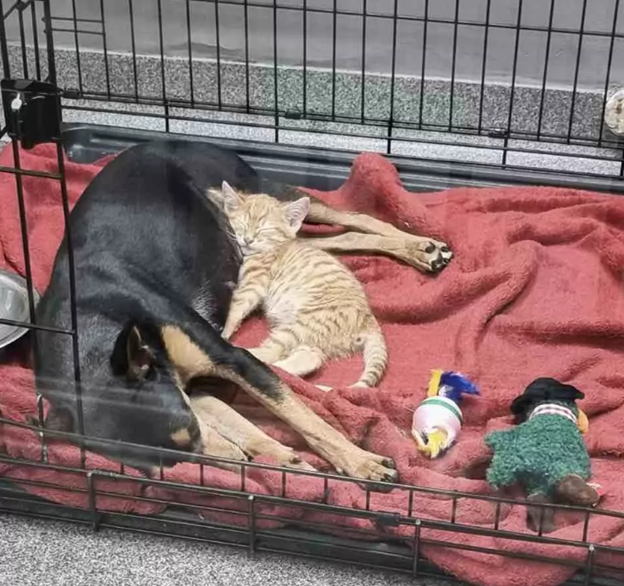 It was a scary situation, but everyone’s concerns were allayed when they saw how well the two of them got along. In fact, they appeared to be soothing each other.

“When we first discovered them together, we put the kitten back in his cage because it had his litter box, food, and water, but he quickly escaped and returned to his pal.” 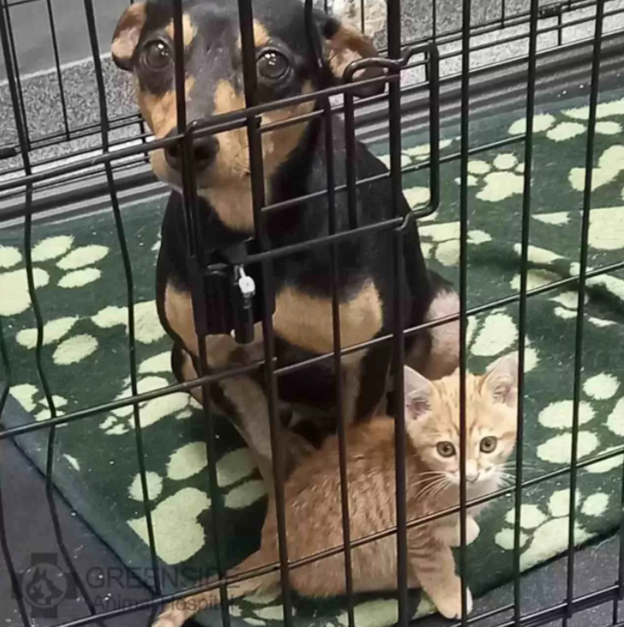 So now these new buddies live together in a crate full-time, and it’s doing them both the world of good. They’re both doing well, and there’s a sense of tranquility in the isolation ward “With these two, it’s absolutely a case of “yours, mine, and ours.” They enjoy cuddling and even sharing meals!

They have toys, but chasing Anne’s tail is the kitten’s favorite activity!” 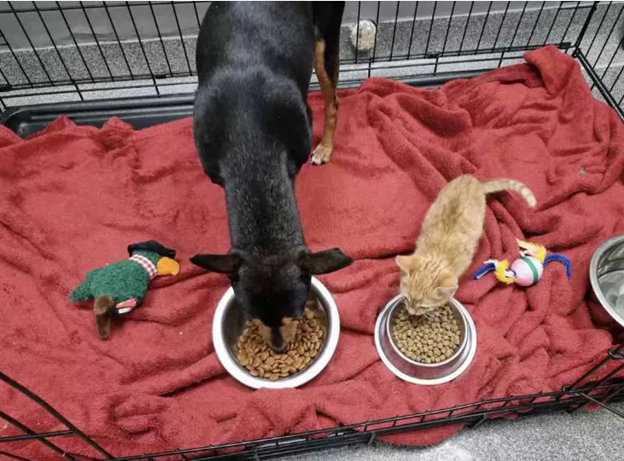 Even though it wasn’t what the staff had hoped for, everyone thinks that this amazing friendship is the finest thing that could have happened to them.

Watch the lovely video below: