Nathalie, who resides in France, was browsing the internet one day looking at cat photographs from the S.P.A. (Société Protectrice des Animaux) when she came across a lovely ginger kitten with floppy ears.

She fell in love with him right away, particularly because of his asymmetric face, and wanted to learn more about his origins; she had already made up her mind to adopt him. 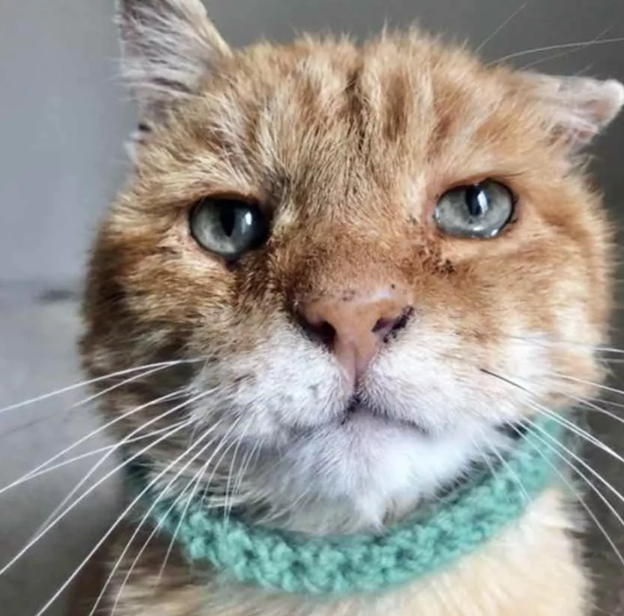 Mike’s name was Mike, and he was found on the street extremely skinny as if he hadn’t eaten in a long time. He also had a large wound on his neck that required immediate attention, so he was rushed to the doctor as soon as he arrived at the shelter to determine what, if anything, could be done.

He was given a comprehensive examination, which indicated that he was around ten years old, that he tested positive for FIV, and that the huge cut on his neck was seriously infected. 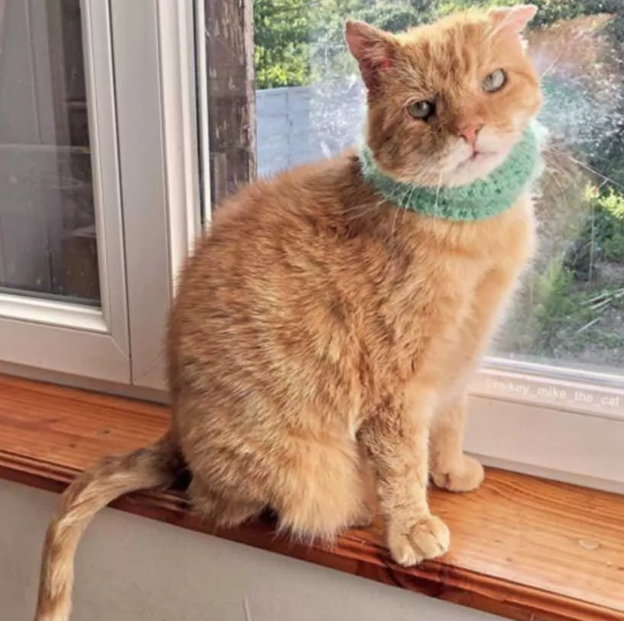 Mike’s survival was uncertain, but he had a decent appetite and appeared to be in high spirits, so one of the vets decided to foster him and give him a better chance of survival.

Mike was on his way to recovery after a few months, and Nathalie saw his picture when he was put up for adoption. 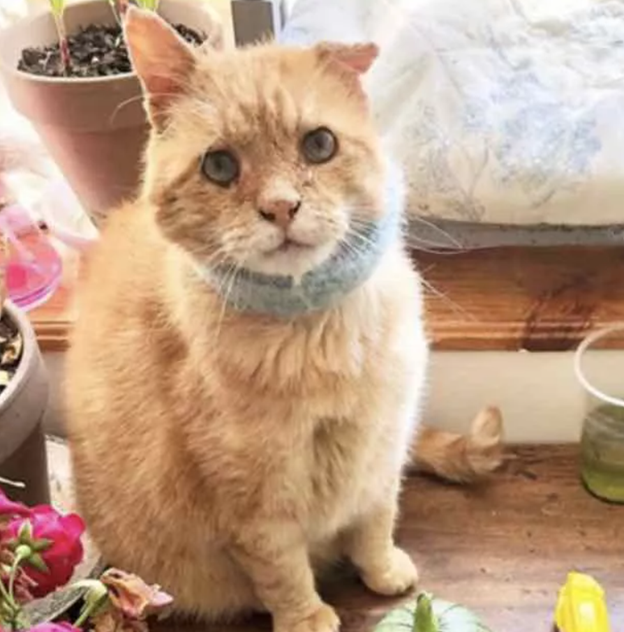 She was so confident that he would be a good fit in her life that she didn’t mind driving 16 hours to meet him at the shelter.

Mike is enjoying his new life with Nathalie; in fact, he has a friend who visits him virtually every day, and they converse via the window. 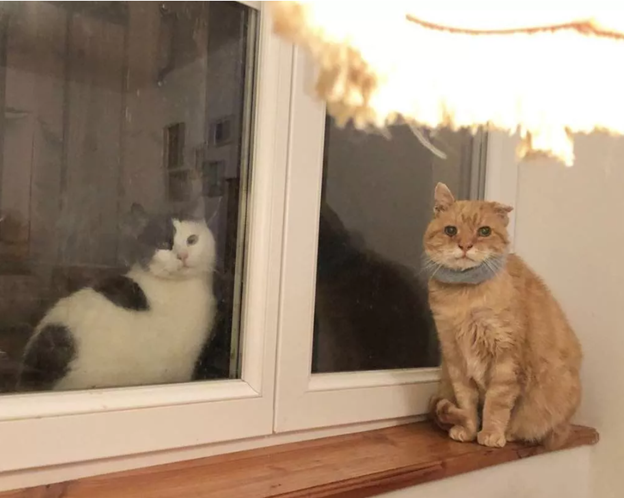 His life has altered dramatically since his days on the streets, and Nathalie is overjoyed.

Watch Mike’s improvement in this video: