The deployment of Staff Sergeant Rob Cesternino was difficult for his six children. Especially for Luca Cesternino, his 9-year-old son.

When military families are separated due to deployment, it is usually a difficult period. 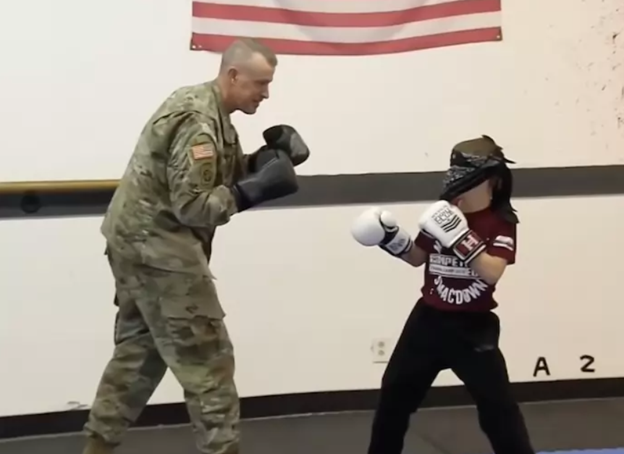 “Young children are more prone to suffer from changes in family relations since they don’t understand deployment.” Kids may require constant reassurance that they are loved, and safe and that they did not cause the parent’s leave,” Amy Lorin, psychotherapist, and editor-in-chief of Very Well Family, noted. 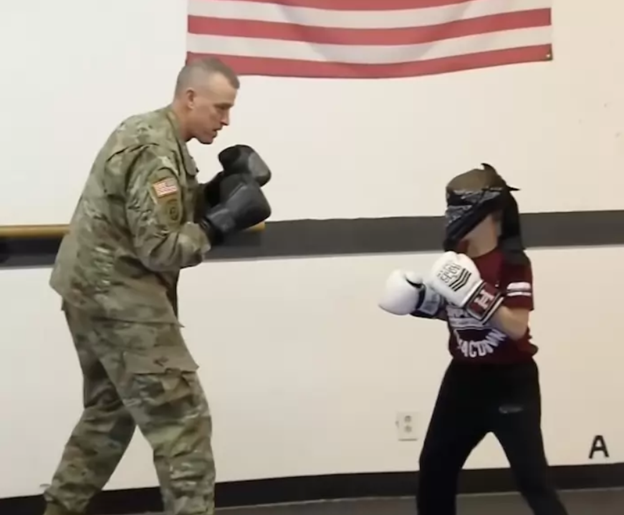 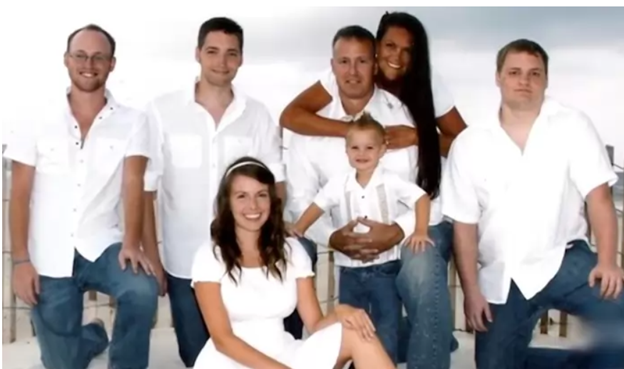 It’s fortunate that they were able to persuade him to participate in a sport that will allow him to channel his emotions and energies into something beneficial. 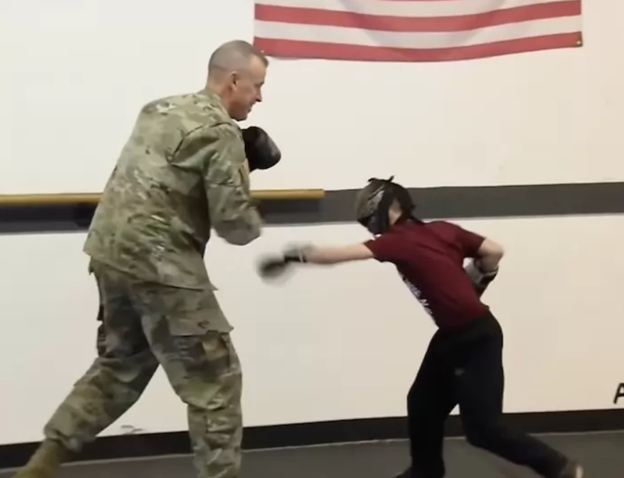 Staff Sgt. Cesternino used to surprise his son with taekwondo sessions when he returned home after a 10-month deployment.

Staff Sgt. Cesternino is a member of the Tennessee National Guard who served for ten months in Syria and Jordan.

It’s not the same as being physically together, even though they’ve maintained in touch via video or phone calls on a regular basis.

That was one of the reasons he was so eager to surprise his son and his family. 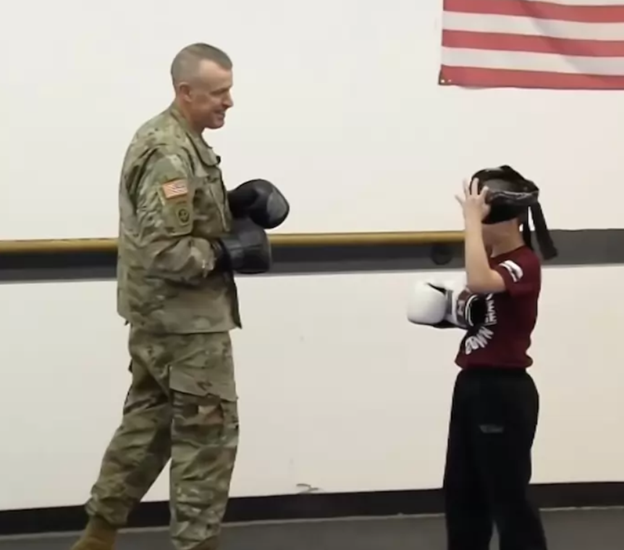 Cesterino joins forces with a taekwondo coach.
Luca’s instructor informed him that there is a particular activity that will help him “strengthen his reaction times and instinctive reflexes.”

Luca must also be blindfolded in order for the action to go smoothly. 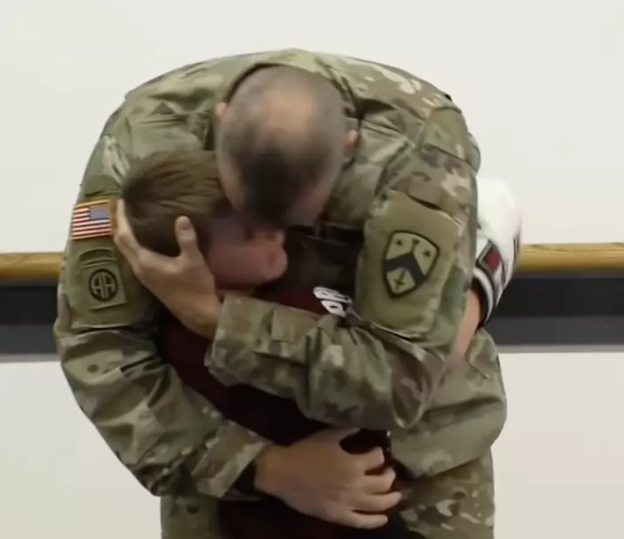 The blindfold isn’t necessary, but he can’t look at his sparring partners because that would ruin the surprise.

Luca had done well against the first two sparring partners, but the third intrigued him.
The third sparring partner continued giving him a nickname that had only ever been given to him by one person. 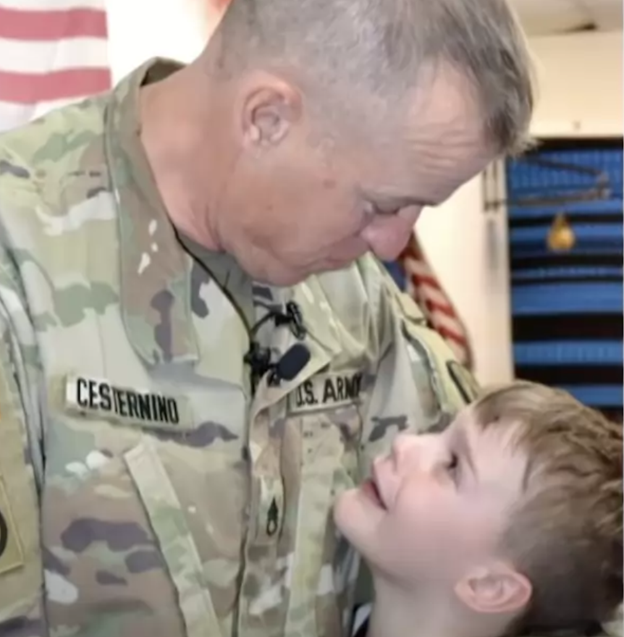 Is it possible that it’s his father? “Daddy?” Luca asked as he came to a halt. He removed his blindfold and gloves.

And when he raised his eyes, he found his father standing directly in front of him!

He leaped to his feet and grabbed his father tightly. That’s a total of ten months of hugs!

Staff Sgt. Cesternino had been granted early leave and wanted to cheer up his youngest kid by surprising him.

In the video below, see Sgt. Cesterino’s touching reunion with his son: