Cheddar Bear, a little kitten, was about the size of a dollar bill when he was adopted by a kind-hearted man… but not just any kind-hearted guy.

When Ryan Tronca chose to bring Cheddar Bear into his life, he was still mourning the death of Huggy Bear, his 14-year-old cat who had recently gone away.

“I was sad,” Ryan added, “but Cheddar has helped me get through it.” 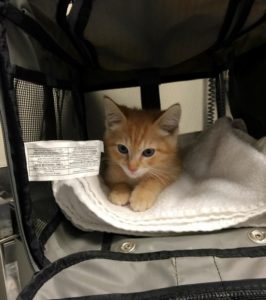 Ryan decided to adopt Cheddar Bear since he was in desperate need of a forever home. He drove from Seattle to Portland to pick up Cheddar Bear and return him home. 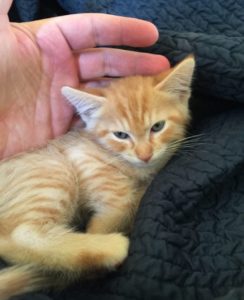 “We took the poor kitten to the vet firstly because he was hungry and had fleas, worms, and ear mites… He was sick with parasites and slept with us like a baby,” says the author. 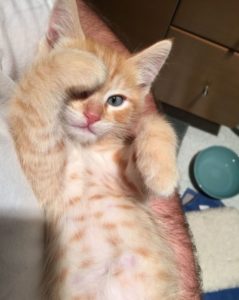 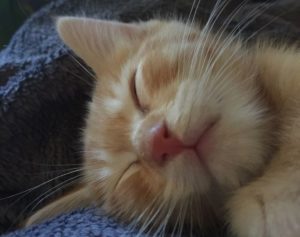 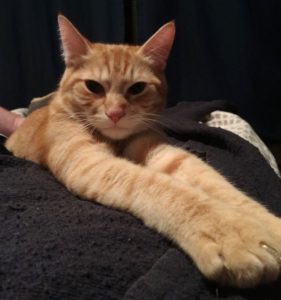 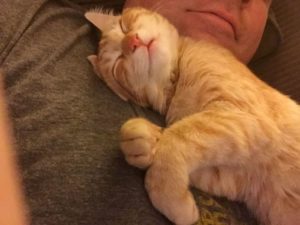 While the pet you once had can never be replaced, you can give a new kitty in need just the chance he or she needs at a wonderful life!