Not all animals are as resilient when winter arrives in Siberia. Pets with frostbitten paws are not a rare sight in Siberia and unfortunately, most often, that is a death sentence for the poor pooches. However, this kitty was lucky enough to have an owner that had completely different plans for the pet. 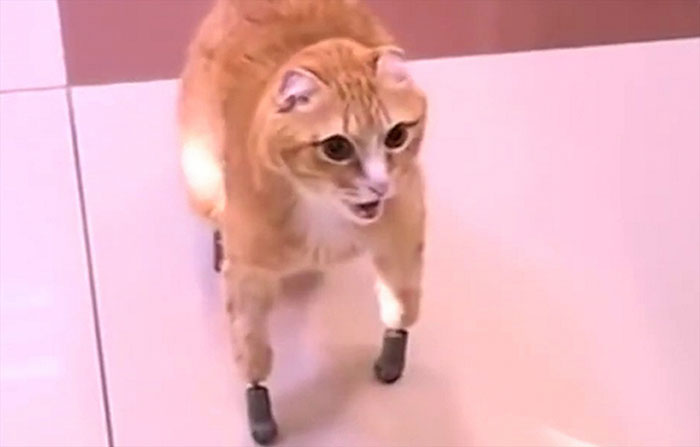 Ryzhik (Ginger or Redhead in Russian) lost all 4 paws in January as temperatures dropped in Tomsk. Its limbs were so severely frostbitten, with gangrene setting in quickly and the vet had no other option but to amputate them. However, Ryzhik’s owner didn’t give up on the kitty and decided to make his life as comfortable and long as possible and took him to a clinic in Novosibirsk that specializes in implanting artificial limbs.

The cat was fitted with 4 artificial paws there. They used computer tomography and 3D modeling to manufacture limbs that would be most comfortable for the feline. 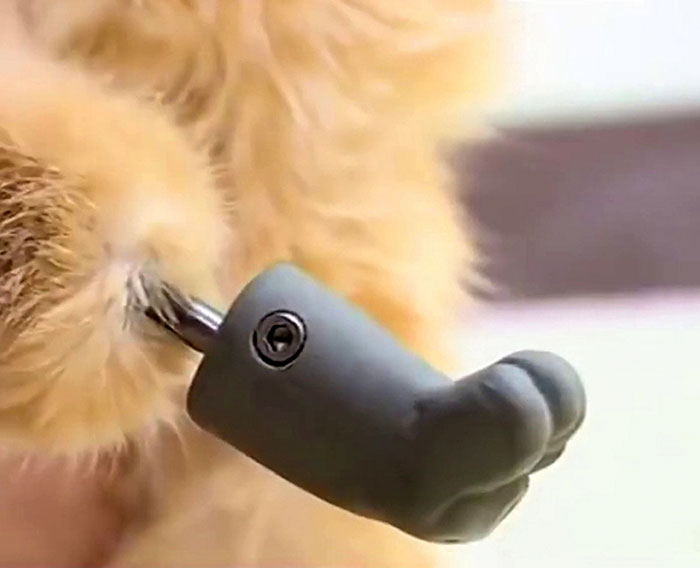 The surgeon went on to explain that the cat’s limbs were made of titanium and attached to the bones. The part that is connected to skin and bone is spongy to allow the tissue to grow around it. 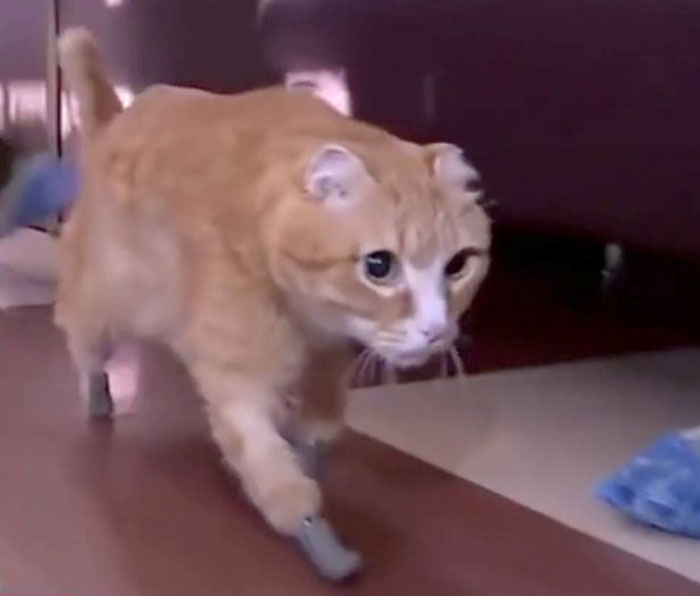 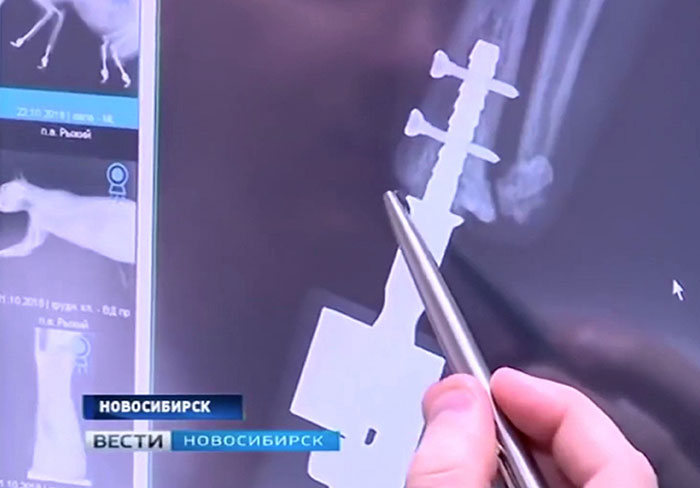 The footage shows Ryzhik walking around and going down the stairs using his new artificial paws. As he is not trying to remove or shake off the prostheses, it suggests that the cat is comfortable with his new modifications.

The kitty is not yet running or walking with confidence, but specialists report that it’s likely temporal and with time, Ryzhik will get used to his new paws and will walk much easier in the future. 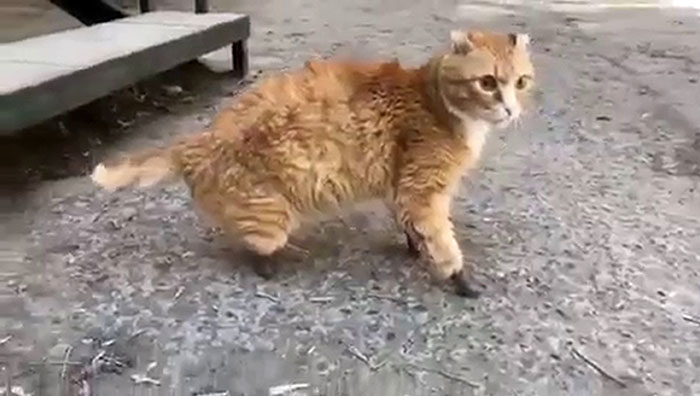